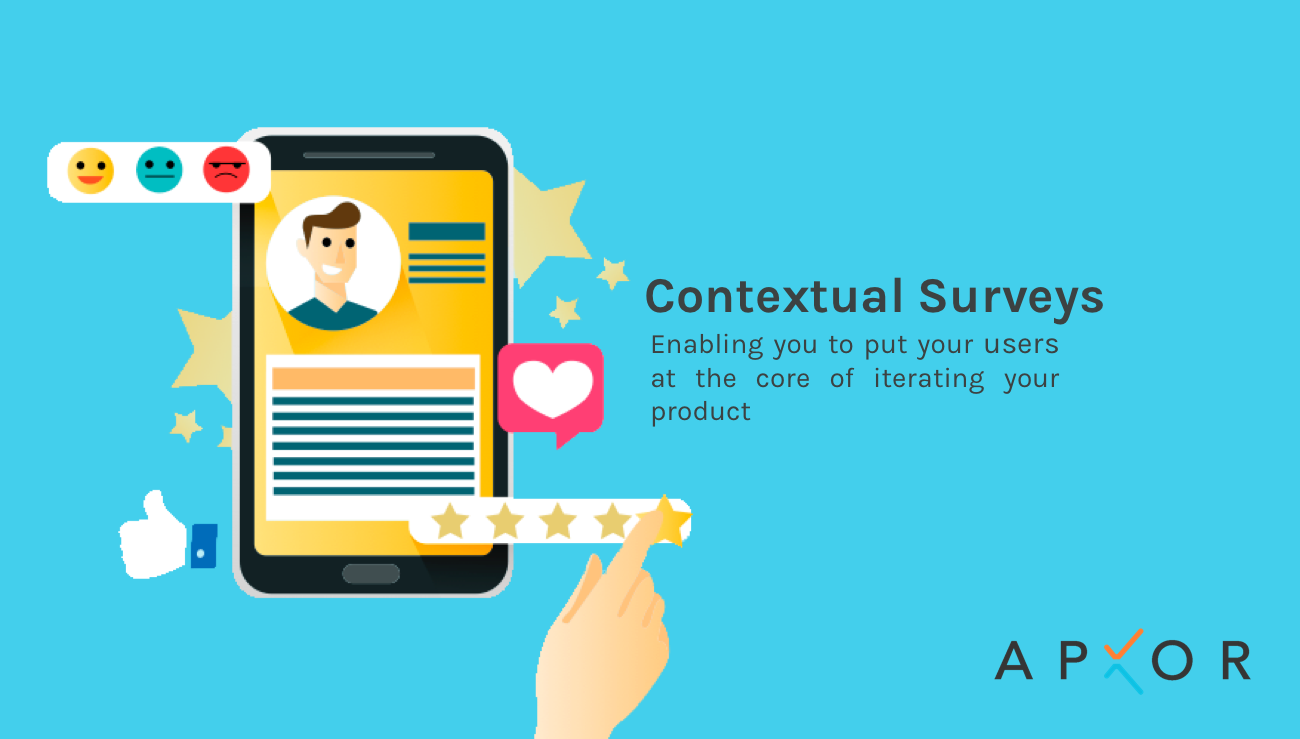 You don’t know your customer. This fact is all the more exacerbated in the Indian context, from India to Bharat (a friendly name for Tier 2, 3, 4 towns in Vernacular speaking India) and everyone in between.

Do you know what the most widely used app is for video consumption in Bharat? If you think it is Youtube, you are wrong.

Did you know that a sizeable chunk of users does not use the PlayStore installs apps in Bharat?

You can see how quickly this cascades into a series of unknowns.

Most Product Managers agree that app analytics data alone is not enough to truly understand your users. There are some aspects of their usage that only your users can help you with.

This is where surveys come into the picture. Well designed surveys put your users at the core of iterating your product.

Surveys can be used for a range of purposes – taking feature feedback, getting more information for analysis, validating important hypothesis or engaging users further into the app.

While surveys prove to be incredibly helpful, there is more than just the design that comes into play to get quality user inputs.

Surveys are most effective in the Right Context.

Imagine a situation that requires your feedback as a customer. Maybe you had to fill out a little form about the popcorn at a movie theatre. What would be the right content to ask you?

Think about when you would give the most helpful inputs.

The opportunities are endless when it comes to taking customer feedback. For it to work, what matters is the context in which it is asked.

Here, the context of a survey has enormous sway in the quality of user feedback.

When enriched with user context, we’d be tapping into the users’ sentiment when it is the strongest to get the highest quality inputs.

However, what does Context mean in a mobile app?

The context of a user is a combination of factors that influence a user’s app experience. It considers the app’s performance, the user’s interactions and what the user is doing in that app to deduce his intent.

Here are some ways in which contextual surveys can be used to understand users.

Exploratory Research
Understanding why are users dropping out of the funnel is a good place to begin exploratory research. You look to your users to give you information that you can analyse qualitatively.

Descriptive Research
The approach to descriptive research is getting your users to help you narrow down the focus on your area of concern. The questionnaire can be tailored to the context or location of a user to capture sentiment in-situ rather than being retrospective.

Putting it into action
Clearly, surveys can be used in a number of ways to understand your users. Here’s is an example of how a contextual survey helped one of our customers.

For a fitness tracking app, we work with, users logging their daily activities is an important KPI. It surfaced that a lot of users were discarding their tracked activities instead of logging them.
‍

A descriptive survey was launched here to quickly get to the reason of why users were not logging their activity. Just as quickly, the responses of more than 1000 users were recorded and the issues pointed out by them were resolved, positively impacting their KPI.

You can watch it in action here.

What kind of hypotheses would you get validated by your users? Where in your app would you implore them for more information?